And This File is Me

Life Caching the technology that can track our lives, document them and lets us quick-search moments and memories, is at the door

Opponents of the Biometric ID law had a temporary win, when the vote to approve the law was postponed until after the Knesset’s summer break. But the battle on privacy has already been won – and privacy lost. Moreover, its death and the conversion of millions of lives into

data sources that can easily be mined, may actually be the Next Big Thing on the web.

In the 15 seconds that it took you to read the previous paragraph, Flickr catalogued about 1,400 pictures and Twitter published some 1,500 messages. Google saved thousands of search strings entered by their users. And information about us is being saved not only on the internet. The shopping list of every credit card holder is being saved on the credit company’s servers, and can tell you your favorite flavor of ice cream. The Wall Street Journal reports that more that half a million security cameras in London capture every soul in the city at least three hundred times each and every day. In a dozen Israeli cities, the municipalities have installed their own security cameras. A new website, Face.com, uses facial recognition technology to find and collect people’s portrait photos on the web. Our lives and times are already being collected and stored, often with our full cooperation. Now, they’re just waiting for a computerized system to easily search and extract the desired information.

Capture Everything on Your Mobile

The system is getting ready for launch. Microsoft, IBM and other hi-tech companies are getting ready for the new age of this technology – called ‘Life Caching’ – when technogadgets will capture our lives 24/7, and store the information in digital archives that are easy to use. You want to know what you were doing on February 2nd at 6 p.m.? No problem. How many times have you told your spouse that you love him/her? Piece of cake. Where do I know that person from? Hold on a second.

The term Life Caching was coined in 2005 by TrendWatch, a technology research company. In one of their reports, they stated that it hasn’t happened yet, but the event is ready for take-off. The software exists, storage is cheap, the blogosphere and data sharing are already prevalent, and most importantly, the big hi-tech companies have started to invest in the arena.

IBM has been testing their ‘Experience Organizer’ since 2008. This is business software that collects and catalogs all the information that the user comes across during the day. The system, developed in the IBM labs in Israel, uses the mobile telephone as a recorder, a camera for faces and business cards, and storage for emails, calls and messages. When synchronized with a computer, the data is added to a huge archive, and can be extracted according to geographic location, times, keywords, names or context.

“The inspiration for this is actually from Harry Potter”, says Eran Belinsky, a team leader in IBM’s Haifa research laboratory, and Experience Organizer project leader. ”The books make use of the Pensieve that lets the wizards store and view memories. Our goal is to have the system collect information through any input device – our vision also collects smells – and let you search the bank of memories using voice or keyboard. Right now it is being testing in our lab, and is continuously being improved based on feedback from our users within the company.

“Life Caching could break out tomorrow morning, and it could take another few years. It just depends on when the ‘killer app’ comes along, catches people’s attention, gets distributed on the social networks and gives the field a major push”, continues Belinsky. “In the meantime, there are some technological barriers. For example, if the smartphone is the main tool we use to document our lives, some things need to be improved, such as battery life and the quality of the camera. In any case, we are getting ready”.

Dr Gordon Bell (75) has been wearing a digicam and microphone since the year 2000. The devices are on around the clock, and record every conversation he has, and every movie that he watches. Bell also saves every website he visits, scans every book he reads and every doodle that he scribbles, and he saves it all in a giant database that reflects his life story, minute by minute, ready to be searched. Within seconds, Bell can find out who he had lunch with on April 13, 2002, what was served and how much he paid; he promises that years from now, he will be able to playback the telephone interview by ‘Calcalist’.

Bell, a principal researcher in Microsoft Research Silicon Valley Research Group, runs Microsoft’s experimental project ‘MyLifeBits’. He states that the software he is developing will let him “find and extract every time I cried at the movies, all the times I saw my sister and laughed, and, most importantly, all the times I took out the garbage without making a face”. His new book, ‘Total Recall’ will be coming out in a few weeks, in which he and his research partner, Jim Gemmell, summarize the first decade of creating the perfect memory bank.

What drives a person to save more that one hundred thousand emails, webpages and text documents, and thousands of hours of sights and memories? “It gives me a clean feeling”, says Bell. “I can download a memory and I feel a lot freer of the need to remember things. This machine, this slave, does it for me”.

Like Belinsky at IBM, Bell also believes that it is just a question of time until this technology becomes popular. “It will become a lot more attractive when existing search capabilities, including mostly ‘hard’ data like dates, names, numbers and pictures, gain search mechanisms that use ‘softer’ parameters, like the topic of conversation, facial expressions and tone of voice”, he says. “The question now is, who will come up with the 'Windows' of Life Caching. Who will be the first with an application that combines all the sites with a friendly and catchy search mechanism”.

While MyLifeBits and Experience Organizer are in development, some websites are already trying to implement the Life Caching concept on the personal life archives that millions of users are already building, archives that are actually distributed over the social network sites, video and picture-sharing and online family trees.

One of these life caching sites is dandelife.com, which interfaces with information from Youtube and social networks, and has been called ‘an advanced Myspace to record your life’. Others include dipity.com, timerine.com and lifehaps.com, that let the user build personal timelines, and attach text, pictures, video and links to an easy-to-navigate timeline. The timeline also has a search engine. They are also planning to add timeline capabilities to Facebook.

The Israeli start-up, allofme.com, established by Tal Yaniv and Adi Fuerstein, creates personal timelines that automatically update with user information from the net, as well as information that the user inputs and updates by himself. “We believe that in the future, every person will have his own timeline, with all the information that describes his life – pictures, Facebook updates, movies he has seen, and mpr”, says Yaniv.

The site’s beta version went online in September 2008, after investments by independent investors such as Yossi Vardi, Shlomo Nehama and some American investors. “Right now, we have several tens of thousands of registered users”, reports Yaniv.

People in the field believe that Life Caching sites will be profitable, as they better allow targeted advertising, and the ads change to suit the user, according to information that the advertiser collects about the user.

Already today, surfers are exposed to ads that are displayed according to information that has been collected about them. This information includes things like geographic location of the surfer’s computer, the operating system and browser, the site from which the surfer arrived, and data about past visits by this surfer to the site. This data is collected by advertising systems that are situated throughout the net, collect information about surfers and try to construct user profiles, that will help predict, for example, the ads that would interest Israeli web surfers, who use Firefox as their browser on Windows XP.

In the Life Caching virtuality, the advertising software will be able to read the surfer’s published history, identify that the surfer published on a social network that she recently gave birth, or was recently promoted at work, and accordingly, suggest a deal on diapers or a brand new car, even if the user never even searched for these on the net. 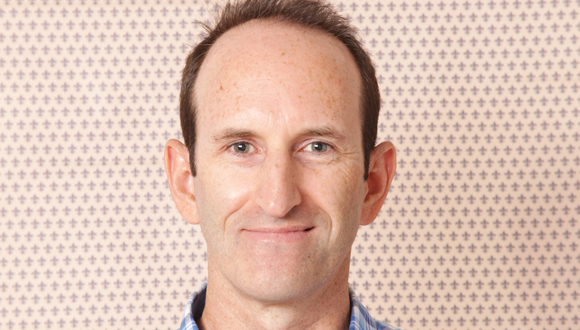